Showing posts from December, 2010
Show all

Here is a new *[developia] product uZX for Dingoo under Dingux, wich is a Spectrum 48, 128, +2, +3 emulator. This emu emu is bassed and or inspired on this emus: fZX32, ASpectrum, GP2Xpectrum, FUSE + libspectrum. Many options are going to be enabled on next version, but this one is quite playable, has virtual keyboard, save key combination and the other main features from other *[developia] emus, like several formats compressed roms support, savetate with screenshot, and so on. Enjoy and Merry XMas !!! Download: uZX 0.1 XMas Preview - Dingoo
1 comment
Read more

DinGear v1.3 (source code released) December 23, 2010 Here is another update for Dingear. Some cool new features and options have been added. Quote Release v1.3: - More emulator speedup. - Added a screen configuration menu which will be displayed   the first time the emulator is run (a file called HVMODE.CFG will be created   in GAMES directory and will be used afterwards with the selected screen orientation). - Added more volume levels. - Buttons can now be configured (saved as DINGEAR.CFG). Discuss it here: http://boards.dingoonity.org/dingoo-development/dingear-v1-0/msg25356/?topicseen#new Dingear.zip Author/Porter: hitchhikr Download: http://franck.charlet.pagesperso-orange.fr/DinGear.zip Download Source: http://franck.charlet.pagesperso-orange.fr/DinGear_src.zip
Post a Comment
Read more

NXEngine (Cave Story) BETA 1 December 23, 2010 CAVE STORY!!!!!!!!!!!!!!!!!!!!!!! Quote BETA 1 release of NXEngine for Dingux, a clone/engine-rewrite of the classic jump-and-run platformer Cave Story. v103 23/12/2010 ( http://nxengine.sourceforge.net ) Hello everyone. This is a BETA release of NXEngine, meaning, some stuff is still missing. And by some stuff I mean the soundtrack. The performance of the music part of the engine on the Dingoo is terrible, it is stuttering and lagging. That's why I disabled it by default (you can still re-enable it through the menu). I know, a Cave Story without it's soundtrack is not the same. But it's better to have a music-less Cave Story on the Dingoo than not have it at all, right? When will the music support be fixed? Can't tell, it's not up to me, but to the original author
1 comment
Read more 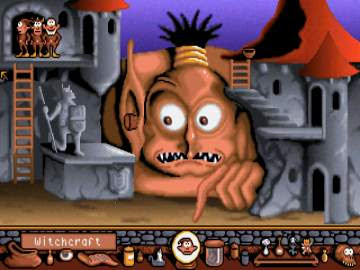 ScummVM 1.2.1 "Børk Børk Børk" released! December 19, 2010 ScummVM has been updated. Grab it now! Quote The last ScummVM release in this year just has been released. This is a maintenance release and is aimed to fix several important bugs since 1.2.0. Particularly we added Hungarian and Brazilian translations of the GUI, and made bugfixes to the Cruise, Groovie and Lure engines. Discuss it here: http://forums.scummvm.org/viewtopic.php?t=9192 scummvm-1.2.1-dingux.zip Author/Porter: Countless People Download: http://sourceforge.net/projects/scummvm/files/scummvm/1.2.1/scummvm-1.2.1-dingux.zip/download Download Source: http://prdownloads.sourceforge.net/scummvm/scummvm-1.2.1.zip?download
Post a Comment
Read more

Dingear 1.2 December 22, 2010 Another release of DINGER for the native os. Thanks to www.dingoobr.com Quote Translation from www.dingoobr.com hitchhikr launched another update emulator Dinger . In this new version (1.2) some minor errors were corrected, among them a problem referring to full screen ( fullscreen ). For those who do not know this emulator that runs on the system's native Dingoo, emulates consoles Master System, Game Gear and Sega SG-1000. Discuss it here: http://www.dingoobr.com/?p=3821 dingear.zip Author/Porter: hitchhikr Download: http://franck.charlet.pagesperso-orange.fr/DinGear.zip Download Source: http://franck.charlet.pagesperso-orange.fr/DinGear_src.zip
Post a Comment
Read more

SMSPLUS v1 « on: Today at 08:22:52 AM » Hi, Yes thats right its another SMSPLUS port...you can never have too many ports right I started this before Dingear was released, if I had known someone else was working on a port I would probably not have bothered but hey the work is done now so I may as well release it. Just in case you have never heard of SMS Plus, it is a Sega Master and Sega Game Gear Emulator originally created by a bloke called Charles MacDonald ( http://http://cgfm2.emuviews.com/ ). Downloads are below. http://reesy.gp32x.de/smsplusv1.zip http://reesy.gp32x.de/smsplusv1_src.zip Installation instructions can be found in the readme.txt found in the zip file but basically just copy the contents of the smsplusv1.zip file to the Games directory on your Dingoo and then update your jukebox.  You should then be able to launch SMS and G
1 comment
Read more

Dingear 1.0 for Native OS December 19, 2010 Dingear has been updated to version 1.0 Thanks to www.dingoobr.com for the news. Quote Via Translation: hitchhikr launched, after some trial versions, version 1.0 of the emulator Dinger . This emulator, which runs the system's native Dingoo, emulates games from Sega Master System , Sega Game Gear and Sega SG-1000 . It was based on the popular emulator SMSPLUS . Below is more about this emulator, controls, and setting up (the author's words): Discuss it here: http://www.dingoobr.com/?p=3811#more-3811 Dingear.zip Author/Porter: hitchhikr Download: http://franck.charlet.pagesperso-orange.fr/DinGear.zip
Post a Comment
Read more 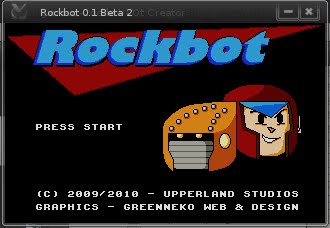 Rockbot 0.1 RC1 December 18, 2010 Rockbot has been updated to RC1 Quote Hello fellow Dinguxers! I've just released the 7th beta for Rockbot , a game much like Megaman that is multiplatform, made using C/SDL.  This is the last beta for version 0.1, meaning it is fully playable, even if it does have a series of bugs. In this version, we added an official port for Dingux, we hope you guys enjoy and help reporting bugs or contributing with code, graphics, music, sounds or ideas. More information can be found here: http://rockbot.upperland.net Discuss it here: http://boards.dingoonity.org/dingux-releases/rockbot-0-1-b7/ Rockbot_Dingux.zip Author/Porter: protomank Download: http://rockbot.upperland.net/files/0.1/RC1/Rockbot_Dingux.zip
Post a Comment
Read more Megademo IV 2 December 19, 2010 Here is a nice little demo for us. Quote I wonder why they've called it Megademo ... it's rather a short one... Discuss it here: http://boards.dingoonity.org/dingux-releases/megademo-iv-2/ mdiv2-dingux.tar.gz Author/Porter: zeitpunk Download: http://dl.openhandhelds.org/cgi-bin/dingoo.cgi?0,0,0,0,38,472
Post a Comment
Read more

Dingear v0.2 (preview) - Another smsplus port but with a major twist

Dingear v0.2 (preview) - Another smsplus port but with a major twist December 12, 2010 Another update for the new SMS/GG Native OS emulator has been released. Quote Hi, Here is the preview of another port of SMSPLUS but specifically crafted for the Dingoo console. There's still several small issues (like the sound volume being extremely low) and no decent menus yet however it already have some exclusive features i haven't found in other emulators: - Fullscreen with bilinear filtering (ipu). - Hardware vsync on both tvout & lcd. - Full framerate (obtained via heavy use of the processor mxu and the ipu running in parallel). I don't know if it works as planed on ILI9325 based consoles. Commands are: Left trigger: reset (sms) Right trigger: exit B: button 1 Y: button 2
Post a Comment
Read more

Dingear 0.1 (preview) December 13, 2010 Here is a new sms emulator for us. This is for the native os. Thanks to www.dingoobr.com for the news Quote Translated from website... hitchhikr launched the emulator Dinger . The emulator, which emulates games Master System, is a port of the emulator SMSPLUS , released a few weeks ago by reesy . But, unlike the port mentioned above, which runs in Dingux specifically, the Dinger has been ported to run on the system's native Dingoo. As you can see, this is a version preview . Therefore, the emulator has a few bugs , such as not have menus or run with extremely low volume. But in contrast, already incorporates some nice features, such as running with full framerate , hardware v-sync on the TV-Out, and LCD screens and full-screen option with bilinear filtering. To the comrades who enjoy a good emulation of the Master System, this emu
Post a Comment
Read more

Oh Boy / gnuboy for native new release with .zip support December 13, 2010 clach04 has updated his oh boy port for the native os. Quote gnuboy and the frontend Oh Boy have been updated. Screen shot showing mono GB game with color tones (available from options menu). This is not ColorIt support like in Heig-Boy. New features since the last public release: .zip support change clock speed - you can underclock to try and save power for original gameboy games and overclock for gbc games background in menu is changeable bug fix when there are many files in a directory Extract to a new directory, e.g. "ohboy" and go :-) Discuss it here: http://boards.dingoonity.org/dingoo-releases/oh-boy-gnuboy-for-native-new-release-with-zip-support/ dingoo_native_20101212_396da4b5fff1.zip  Author/Porter: clach04
1 comment
Read more

Zear **blushes** Thank you to you and the other developers without which there wouldn’t be much of a scene!
2 comments
Read more

Oh Boy / gnuboy for native new release with .zip support December 13, 2010 clach04 has updated his oh boy port for the native os. Quote gnuboy and the frontend Oh Boy have been updated. Screen shot showing mono GB game with color tones (available from options menu). This is not ColorIt support like in Heig-Boy. New features since the last public release: .zip support change clock speed - you can underclock to try and save power for original gameboy games and overclock for gbc games background in menu is changeable bug fix when there are many files in a directory Extract to a new directory, e.g. "ohboy" and go :-) Discuss it here: http://boards.dingoonity.org/dingoo-releases/oh-boy-gnuboy-for-native-new-release-with-zip-support/ dingoo_native_20101212_396da4b5fff1.zip  Author/Porter: clach04
1 comment
Read more

By Gadgetmiser - December 08, 2010
Waninkoko with some love for Dingoo users: PSFreedom compiled for Dingoo with Factory / Service / Downgrading capabilities! README included, see that to get your Dingoo going. The downgrade steps are the same as described here — assume E3 Card Reader means your Dingoo. Download: PSFreedom Downgrade v1.0 for Dingoo.   Grab it here: http://www.ps3-hacks.com/download.php?id=219
Post a Comment
Read more 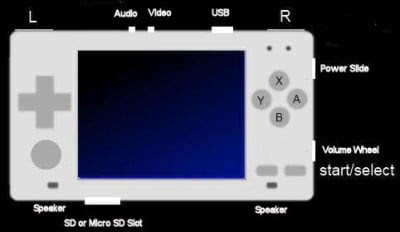 Can you pick the difference?
5 comments
Read more

How to install Dingux on windows 7 64 bit

By Gadgetmiser - December 02, 2010
Booboo has returned, with a great post on China Chip that look promising in the extreme! Click on the link to read his whole post; I’ve honed in on the Dingoo stuff! Back from China I'll also try to quickly summarize, for now, the content of the meetings with the ChinaChip folks: - They will make changes to their bootloader and internal flash layout so that the dingux kernel and rootfs is installed in the internal flash. Both for the A320 and GA330 consoles. You'll have access to the internal flash from dingux (but the NTFL won't be released). The installation of dingux will be streamlined in the same way native firmware updates are, so no need to fiddle with usb tools any more. - There will be dingux for the GA330, with full hardware support, and full open source. There's no problem with knockoffs here because it is based in their propietary CC1800 chip not available to third parties (as opposed to the JZ4732 i
1 comment
Read more

Heig-Boy! 30th Nov 2010 Ayla has released Heig-Boy! a Gameboy emulator for Dingux / OpenDingux. Quote I was sick of not being able to play Super Pika Land in color So I decided to port the wonderful GameBoy emulator written by Brunni and his team, on Dingux and OpenDingux. The emulator now uses SDL both for sound and video. The emulation is fullspeed starting from ~360MHz. Discuss it here: http://boards.dingoonity.org/dingux-releases/heig-boy!/ Heig-Boy! Author/Porter: Ayla Download: http://crapouillou.net/~paul/heigboy.zip
Post a Comment
Read more