Showing posts from March, 2015
Show all

Five arcade games you MUST play before you die 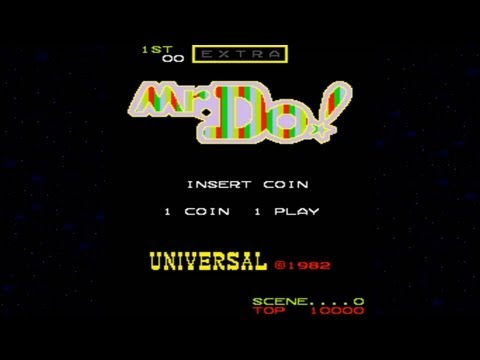 For me: 4. Mr Do You controlled a ballsy clown.  Read that any way you like, pun intended, as this pixellated blob from the golden days of 25c arcades could finish levels in multiple ways - eat all fruit on screen, kill all pursuers with his ball, flattening them with fruit, or collecting randomly appearing letters to spell a word.  All this while dodging enemies (what were they exactly?!) and tunnelling in the best possible way to create a torturous route which if done right, resulted in a killzone for your trusty balls of death! While always a classic, Mr Do never quite elicits the same response as Pac Man, which I put down to the fact that deep inside, we're all freaked out by Clowns.  That's not Mr Do's fault however. 3. Bank Panic This arcade gem looks today like something whipped up by a 3 year old - colourful blocky graphics and cheery simplistic music, but for gameplay it remains unique and unmatched.  You control 3 gunsights. Yep, 3, at the same time, eac
1 comment
Read more
More posts