ScummVM 1.7.0 "The Neverrelease" for Dingux

By Unknown - August 10, 2014
ScummVM is a program which allows you to run certain classic graphical point-and-click adventure games, provided you already have their data files. The clever part about this: ScummVM just replaces the executables shipped with the games, allowing you to play them on systems for which they were never designed!

ScummVM supports many adventure games, including LucasArts SCUMM games (such as Monkey Island 1-3, Day of the Tentacle, Sam & Max, ...), many of Sierra's AGI and SCI games (such as King's Quest 1-6, Space Quest 1-5, ...), Discworld 1 and 2, Simon the Sorcerer 1 and 2, Beneath A Steel Sky, Lure of the Temptress, Broken Sword 1 and 2, Flight of the Amazon Queen, Gobliiins 1-3, The Legend of Kyrandia 1-3, many of Humongous Entertainment's children's SCUMM games (including Freddi Fish and Putt Putt games) and many more. 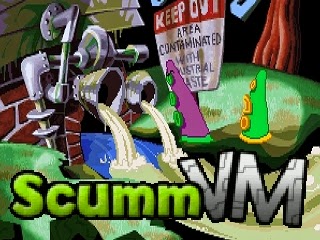 A year has passed and ScummVM 1.7.0 is here.
With this release we have added support for 45 completely new games. These are:
Also, we have updated the MT-32 emulator, added an OpenGL backend, improved many aspects of the GUI, enhanced the AGOS engine, made Urban Runner's videos less CPU-demanding, fixed tons of bugs in dozens of SCI games, improved sound in Loom and Indiana Jones and the Last Crusade and improved platform portability for the Tony and Tinsel engines.
But this is not all. We have added experimental support for the OUYA console (we couldn't add GCW-Zero support simply because sev still awaits his console from Kickstarter), made major improvements to the PS2 port and merged the Bada with Tizen ports.
The full list with all changes mentioned can be found in our release notes and the release can be obtained as usual from our downloads page.
Everybody Way Oh!

Popular posts from this blog

By Gadgetmiser - December 28, 2011
Join our budding YDPG/Android Gaming Console Forum, and post away!

Seagal said... Hi, I didnt find any mail on the blog to send you some news so i let it here. [Email me here: larry@gadgetmiser.com –> now on sidebar under “Support this site”]

I coded a Centipede emulator for the gemei/dingoo, currently emulates only Millipede and has no sound, but is playable and is full speed.

The nice folk at isharegifts gracefully sent me a sample Dingoo A380 for review.

Having declared my pecuniary interest, in truth though, after playing with this new Dingoo, bribery and graft is strictly unnecessary for its promotion.  IMHO, the product does stand on its own merits.
It remains a testament to the original A320, and its rabid, passionate community (hey, that’s us dudes) that even in 2011, some 3 years after the word “Dingoo” became somewhat a part of the English language,  that it still remains the best Dingoo-type device.  This is because it is still the best supported, thanks to Booboo’s original Dingux, and now OpenDingux.  Dingux means access to emulators and software other than those that came with the original A320’s native uCos firmware.  Dingux allows for ports of games like Doom and Duke Nukem.  Dingux is what turned the A320 from a glorified media player into the device we know and love.
It’s still necessary to put Dingux onto a stock standard A320 though, a…
Read more